Will keep You connected to Your Loved ones – shunarthawaii.com

Home Entertainment Do Your Kids Spend Too Much time in Front of the TV...
Facebook 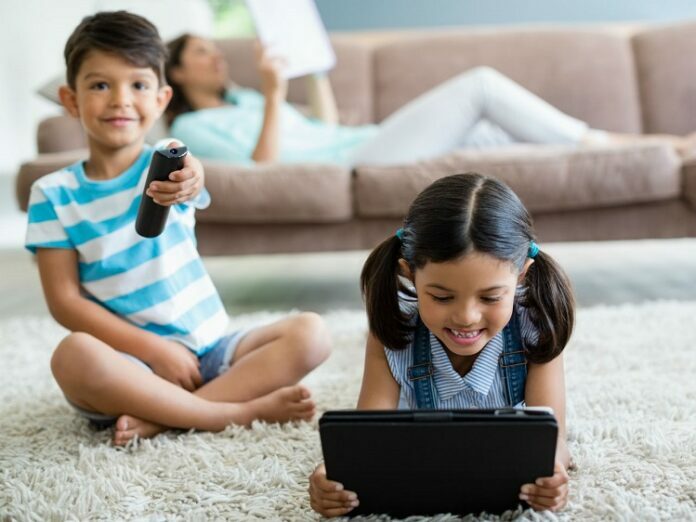 We have all been told at one time or another by our parents, friends or loved ones, that we spend too much time in front of the TV.

But with the wealth of computer games, internet based distractions and more TV channels than you can shake the proverbial stick at, are children growing up today foregoing more strenuous physical and mental activities in order to gawp at pretty colours and moving shapes?

It is estimated that around two-thirds of infants and toddlers stare at some form of screen for 2 hours a day, while this raises to an average of four hours for those aged between 8-18.

Being raised in a digital environment

There is no doubt that the world is changing around us, and that our children will grow up in a technological environment substantially different from the one we did. In this way it is probably not a good idea to try and completely shield your child from the TV or the computer screen, as this is could be thought of as training for the world they will grow up into.

There are some positive effects of TV, internet and computer games on children:

There are a number of potential health risks that are open to your child if they view more than four hours of TV a day, an amount that is considered to be excessive:

So if you think that your child is spending too much of their precious childhood gawping passively, you should try some of the things below to see if they can help ease your child back into the sunlight.

Remember that a total amnesty is not the answer here, and that we are simply looking for moderation.

A large part of this is going to revolve around you engaging with your children. Take them to the park and have a kick around, play ‘I Spy’ instead of just switching on the in car entertainment and get a regular cinema night.

Does anyone have any tips that could be useful here?

James Duval is a self appointed expert in all things technology. When not helping companies protect their systems from gremlins and bugs, James likes to write blogs for the Car Audio Centre and to speed through the countryside on his motorbike.

Juliane Pabst - November 13, 2022 0
When thinking seriously about weight losing and enhancing your health way of living, our ReShape Ready products will for sure fulfill your requirements. Easy to...

Juliane Pabst - October 20, 2022 0
If you are interested to find out the KYC definition, then KYC is a term used in the financial services industry that stands for...

Juliane Pabst - October 21, 2019 0
Concrete is one of the strongest and most durable materials for walkways or patios. It is built to last, tough as nails, and can...

Juliane Pabst - April 7, 2019 0
Even though braces are meant to improve how we look, they can be a recipe for disaster if we do not practice good dental...

5 Natural Remedies That Will Help You to Avoid Varicose Veins...

Juliane Pabst - September 19, 2015 0
There is no doubt that you want to avoid varicose veins treatment at all cost in your lifespan. However, you have not devised a...

What Should You Do If You Forget the Code of Your Safety Box?

Why You Should Fear Shabby Chic

Different Ways You Can Modify Containers

Do Your Kids Spend Too Much time in Front of the TV or Online?